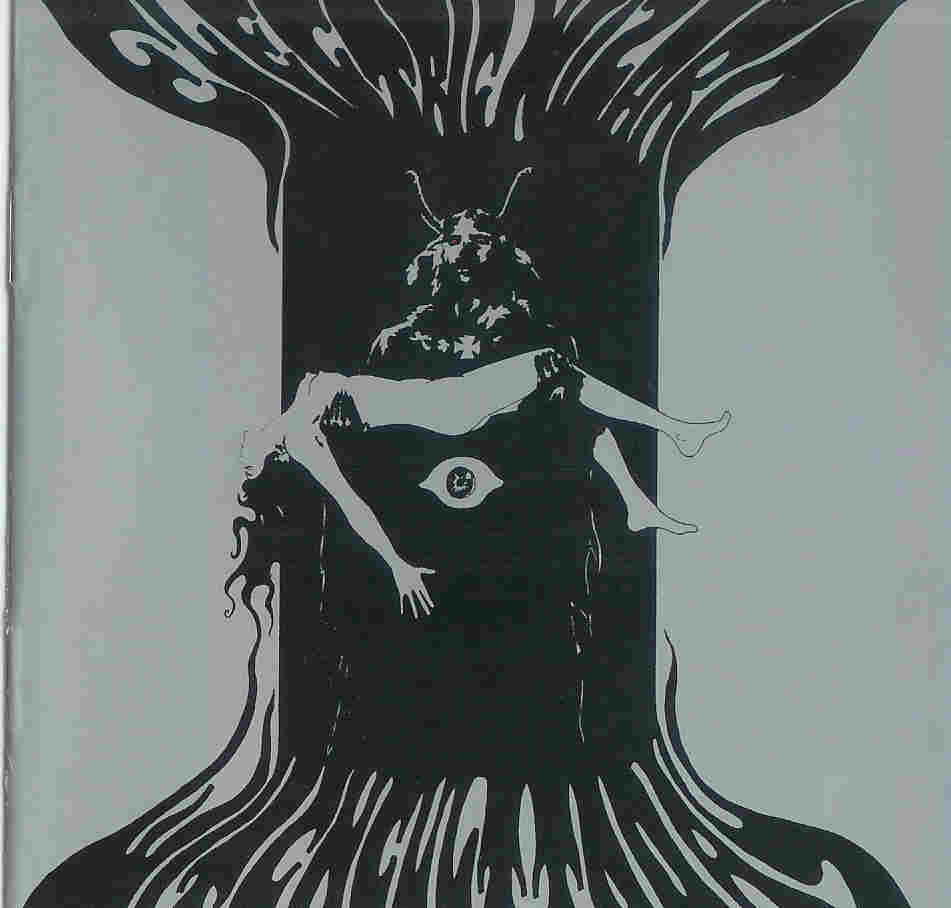 Doom metal kings Electric Wizard [MySpace] hit the racks with a new CD last month, the evocatively titled
Witchcult Today. As a recent convert to their classic CDs Dopethrone and Come My Fanatics, I was curious to see
how band leader/singer/guitarist/mastermind Justin Oborn would respond musically after the reportedly acrimonious split
of the group, which resulted in the formation of a completely new band for this latest effort. I have to say, I was not
disappointed. Witchcult Today is a heady brew of Sabbathian sludge, Lovecraft and Hammer horror, and high potency
weed, boiled down in a crucible made from the skull of a giant.

The album kicks off with the huge and scary title track, the monolithic riff making you want to run inside
and bolt the doors. With a “Come, Fanatics!”, the lyrics hail the band’s past, while Oborn and new guitarist Liz Buckingham
send huge guitar wails careening through the air like rusty chains.

The band builds up quite a head of steam for the chugging “Dunwich”, as Oborn recalls H.P. Lovecraft’s
classic tale of witchery while belting out the ultra-cool chorus: “Child of Dunwich, Rise! You have your mother's eyes!”
I LOVE it.

The album then decelerates into the plodding fuzz of “Drugula”, before blowing the smoke and cobwebs away
with the short instrumental soundscape "Raptus". This gives way to "The Chosen Few", the tune's ascending guitar line
almost serving as a response to the title track. Contained therein at about 3:25, you will find one of the most Sabbath-like
riffs in the entire Electric Wizard canon. The track concludes with the dual guitarists buffeting the listener ocean-like with
wave after wave of thick briny distortion. Most excellent.

Next up, the crusty opening riff of "Torquemada 71", another winner, and I am unable to ignore the compulsion to
bob my head to it’s monster drone."Black Magic Rituals and Perversions",
the atmospheric opening strains remind me of the soundtrack to a dead planet. Unfortunately, the majesty of this
track is tragically marred during the last 5 minutes or so by a long tedious reading from the book of evil nonsense and
retarded back-masking, resulting in the the album’s lone misstep. It must have sounded like a good idea at the time…

Fortunately the band rebounds nicely with "Saturnine", a choice slice of electric doom. The song busts out of the
gate with a great drum-intro from drummer Shaun Rutter, overlayed with yet another crushing riff, this time accompanied
by a chiming peal reminiscent of an axe being sharpened for the kill. Oborn closes the proceedings with the album’s best
vocal performance, before the the song fades off into a chokingly heavy fog.              On the whole, Witchcult Today's more laid back groove never matches the crackling intensity of Dopethrone,
but it has nevertheless grown on me like an alien spore. It may take you a few hits to get the full effect, but well worth the
time for any discerning metal fan. Bonehand says check it out.